Shopper tests out $40 shaving gadget that combines FIVE razors at once for smoother, faster results – and the results leave her stunned

A new $40 gadget featuring five razors claims to ‘smoothly shave’ the whole leg in half the time of a regular razor.

Canadian model Taylor Richard – who lives in Hong Kong – ordered The Scruffie leg shaver tool after she spotted the unusual product on TikTok.

She initially thought the product didn’t exist until she found the store online and decided to give it a go to see what the hype was all about.

‘I didn’t believe it when I saw it but here we are,’ she said in her viral TikTok video.

After testing out the unique product in her bathroom, Taylor said she was impressed with the convenience and smooth results.

Scroll down for video 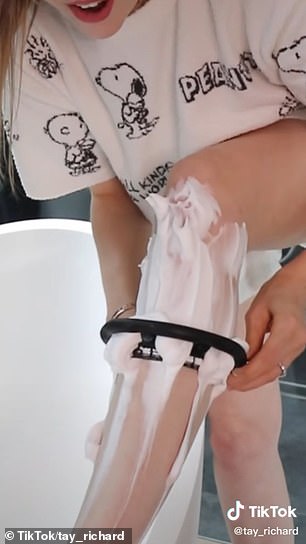 A new $40 gadget featuring five razors claims to ‘smoothly shave’ the whole leg in half the time of a regular razor.

‘It takes a bit of getting used to and it’s scary at first but by the second and third swipe, I got the hang of it and could go quicker,’ she told Daily Mail Australia.

‘It’s definitively better to open it up and go slower around the ankle and knees. Overall it makes things quicker and makes shaving the back of my legs much easier.’

She filmed herself unboxing the product after the package arrived at her doorstep before she rushed to the bathroom to shave her legs.

‘It works, [my legs are] so smooth too,’ she said excitedly. 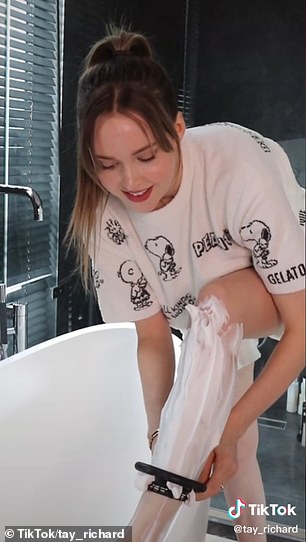 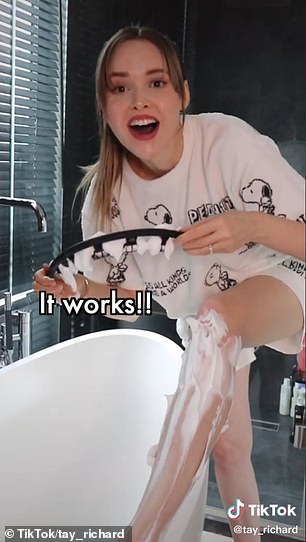 it works! Taylor applied shaving cream on her leg, then she gently glided the tool along 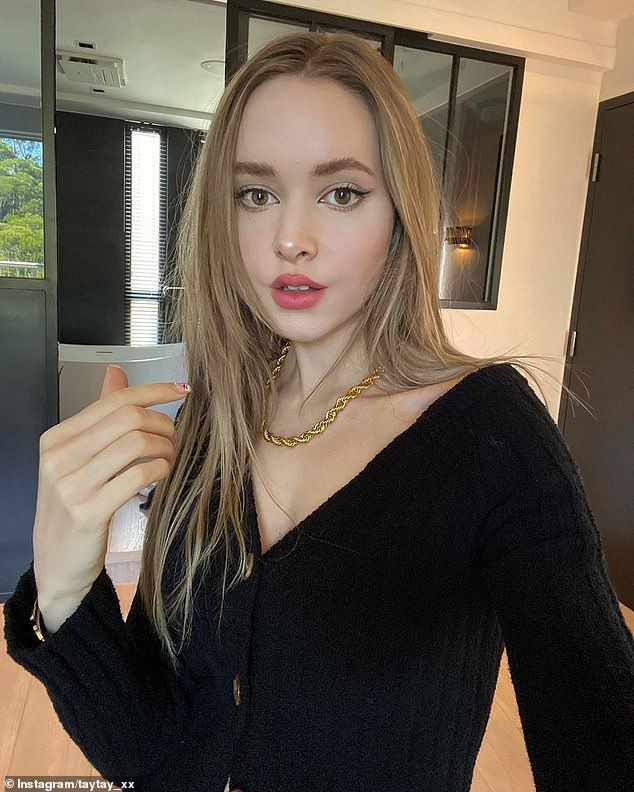 Taylor Richard said she initially thought the product was made up after she stumbled across it on TikTok. But she decided to give it a go to see what the hype was all about

Her video has since been viewed more than 365,000 times, with many saying they need to get their hands on one.

‘I’ve literally been dreaming about this device, I need it,’ one wrote, while another added: ‘When I was a teen, I was so fed up with shaving, I thought about something like this exactly – something that would be practical. They finally made it.’

However, many admitted they were ‘too scared’ to try the shaver tool.

‘I wouldn’t trust myself with that. I would have no skin left on my legs,’ one woman said, along with a laughing emoji.

Another wrote: ‘This gives me trust issues,’ while one added: ‘I’m so clumsy though, it would end up in a blood bath.’ 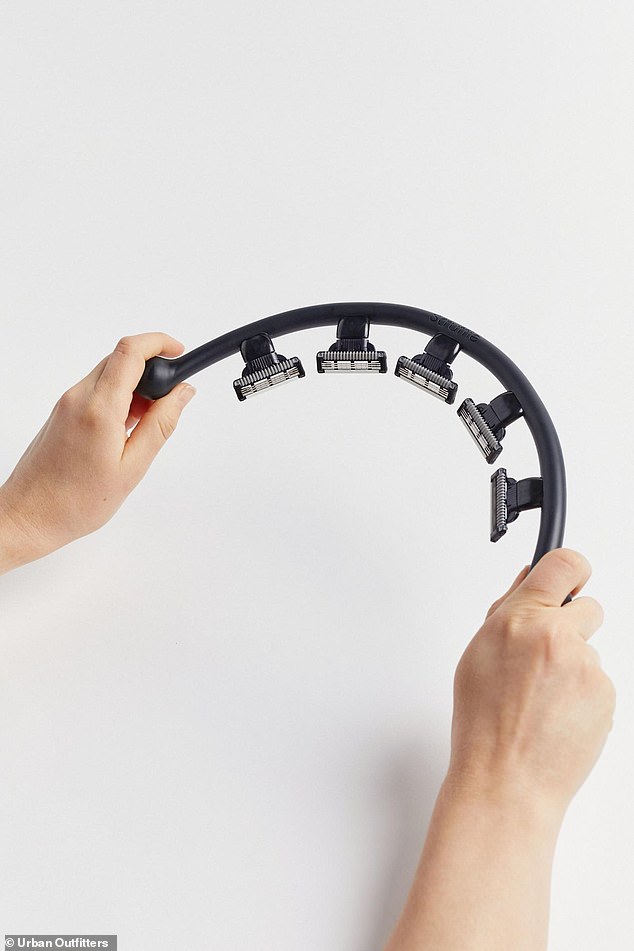 The patented razor, which is available on Urban Outfitters for $40 and can be shipped to Australia, features a flexible silicone handle allowing shoppers to smoothly shave their legs or the back of neck

The product has received near perfect reviews online, with many saying they have been able to shave their legs in just seconds.

‘This is amazing! I found it on TikTok and didn’t initially believe the hype, but figured I’d try it out hoping it would be great. Turns out, it is,’ one wrote.

‘It takes a second to get used to, especially around the knees and ankles – go slowly. But it did cut my shaving time in half and I won’t go back to just one razor again.’

Another customer said: ‘I was skeptical at first, but the Scruffie delivered. I use it once a week while showering and it has truly helped keep my neckline looking smooth and sharp.

‘I highly recommended this product to anyone who wants to keep up with grooming and wants an easy solution to a smooth and straight neckline. Don’t knock it until you try it.’

The patented razor, which is available on Urban Outfitters for $40 and can be shipped to Australia, features a flexible silicone handle allowing shoppers to smoothly shave their legs or the back of neck.

The tool is integrated with a push-to-switch razor release system, making swapping out blades a breeze.